Guide to which Raspberry Pi to buy

There are varieties of Raspberry Pi’s in today’s market, but not all of them are worth your money. There are numerous Raspberry Pi models, including the latest models, old models, and miniature models. It is usual for one to find it challenging to choose which Raspberry Pi to purchase. This made us do this article which covers a wide range of models and their features.

There are several questions one has to ask before looking for a Raspberry Pi to purchase. First, is why I should have a Raspberry Pi? Then which Raspberry Pi suits my needs? Don’t wonder if you have no answers to these questions as we got you covered. As you might have already seen in our previous articles, the Raspberry Pi can be used as an alternative computer for web surfing, emailing, and conducting exciting projects such as robotics, retro arcade machines, security cameras, and media servers.

Follow this article to know which Raspberry Pi should you buy.

Generally, there are many Raspberry Pi’s, but a few use updated and current models. This is one vital thing when looking for a Raspberry Pi to buy. Current updated models are recommended since they have the latest security updates to prevent you from running into unnecessary errors.

This Raspberry Pi works well with programmers and those who spend lots of time surfing. This is because of the outstanding features that help it flawlessly execute tasks. One of the notable features of the Raspberry Pi 4B is its ability to connect to the internet wirelessly. This saves the user stress of carrying LAN cables everywhere. It also supports Bluetooth device connections.

This Pi also operates silently since it is fanless, thus consuming less power compared to standard computers. Its ability to multitask while using gives it an edge over other Pi’s 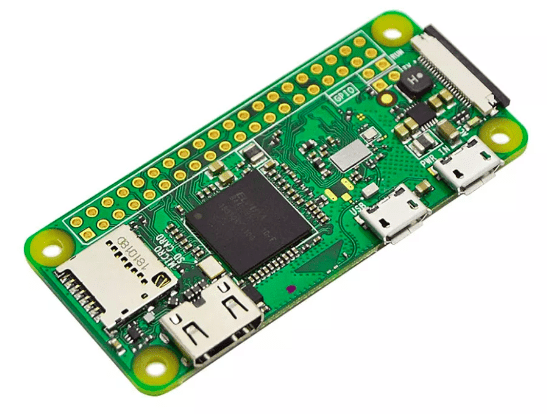 Pi 4B(2GB) is categorized among the current and fastest Raspberry Pi because an excellent 1.5GHz quad-core processor powers it. This computer comes with 2GB RAM, far better than the older version that only used 1GB of RAM. The Pi 4B(2GB) supports the two USB ports versions (3.0 and 2.0 ports). Users looking for a more flexible Raspberry Pi should try out this Raspberry Pi. 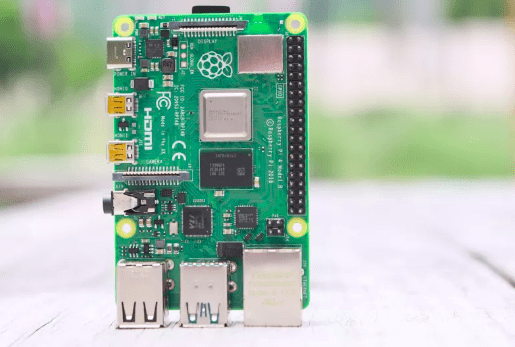 This version of Raspberry Pi has similar features to Pi Zero W. However, this Raspberry Pi has an added advantage: a pre-soldered General-purpose input/output Pins GPIO header. These are the pins located on an integrated circuit. Conversely, it does not have a specific function assigned to it. The GPIO provides an interface between the Raspberry Pi and other interlinked components. A disadvantage linked with this type of Raspberry Pi is that it is hard to find compared to the regular W.

Pi Zero is one of the cheapest available Raspberry Pi. Therefore, if you have a tight budget and you would like to try out a Raspberry Pi, try the Raspberry Pi Zero. However, this Pi lacks both Bluetooth and wireless fidelity (Wi-Fi). You only have the Ethernet option, or you can purchase a Bluetooth and Wi-Fi dongle if you need to connect online. Additionally, you can share a PC’s connection(internet) via USB to get connected.

This Raspberry Pi version uses a 1.0 GHz clock speed, which means it has a reduced speed level than Raspberry Pi Zero WH. It has a memory of approximately 512 MB RAM and a single-core CPU. If you have been looking for a lightweight Raspberry Pi, then this version should be your choice. The Pi is around 0.3 ounces which is equivalent to 9grams. Despite the mentioned flaws of this computer, it is reliable when performing tasks such as motor, cameras, or driving lights.

Zero W has wireless fidelity (Wi-Fi) and Bluetooth 4.0, unlike the Zero Pi. When using this Raspberry Pi, you have to buy Pins and a solder since it is not attached to GPIO Pins. Another setback of this Raspberry Pi is that it uses a micro-USB instead of a full-size USB, which means you will need to purchase a USB adapter.

This Raspberry Pi lacks features such as a USB 3.0 port and dual-monitor support. However, it supports other excellent features such as the standard HDMI cables with recommended 5 volts power levels. This Raspberry Pi emits less heat, thus consuming less power. For those wondering where to find a computer that works significantly well with passive cooling throughout projects, then you need to find yourself a 3B/3B+ Pi.

The A+ Raspberry Pi came to the market roughly four months after the B+ Pi. It uses the new 40-Pin GPIO, and it lacks the Ethernet, RAM, and USB port features. Its system has a lower rate of power consumption plus its small size, which is liked by many.

As you know, buying a Raspberry Pi is dependent on your needs. Therefore, below are some of the reasons that might trigger you to buy a specific Raspberry Pi type.

The Raspberry 4B(2GB) is recommended. This Pi offers extreme power capabilities that will be suitable for first-time users to explore the Pi. Also, this Pi is not selective, and hence it can be used to run almost all projects without much strain. An added advantage is that this Pi can also allow you to surf.

Here we recommend Pi Zero as it can be used to run Apache, the trendiest web server software. Nonetheless, you can switch to Raspberry Pi 4(2GB) if you are after fast speed and uninterrupted downloads. Additionally, you can boost your Raspberry Pi to 4GB if you’re going to run the application concurrently while surfing the web. Alternatively, you can upgrade to the newest 8GB model, which will serve you flawlessly.

The Raspberry Pi Zero W is advocated for users who would like to build home gadgets, for instance, security cameras and radio using a Raspberry Pi. This is because it offers advantages, such as its small size, that can be hung on the wall. Additionally, it consumes less power which is an added advantage to the users.

Here, the recommendation will depend on the complexity of the project. For example, if you are building a friendly and small robot to be used around the lounge, you can use the Raspberry Pi Zero W/WH since you will require to wirelessly control the robot with the aid of attached GPIO Pins. A Raspberry Pi 4B with either 2GB or 4GB can be brought to play to include various sensors.

Since machine learning requires a machine with advanced speeds, you can doubtlessly use the Raspberry Pi 4B(2GB) model because of its 4GB Random Access Memory (RAM). This will aid boost the AI functionalities. Alternatively, you can consider adding the Coral USB Accelerator.

Here, our recommendation will be based on the weight and power consumption levels. The Raspberry Pi Zero W is much superior for such projects. This is because it is both the lightest and it consumes less power. In addition, its size is worth owning because you can put it in your pocket or strap it on your wrist without anyone noticing.

The 4GB Raspberry Pi 4B could be your best solution. This Pi offers you excellent web surfing, coding python programs, and it enables multitasking. Alternatively, you can go for the Raspberry Pi 4(8GB), another strong choice.

You don’t need to struggle since Kodi is there for you. You can install Kodi, a well-known home theatre platform of Raspberry Pi. On this platform, you can use movie and video streaming sites like Netflix and Amazon. Furthermore, you can play videos locally from the storage device drive. Our recommendation in this section is the Raspberry Pi 4B(2GB). This is because of its capability to support the high definition of up to 4K resolution of video output. It also has 802.11 ac Wi-Fi/Gigabit Ethernet, and it supports a 3.0 USB connection. Another best shot to use here is the Raspberry Pi 3B or 3B+, which enables up to 4k video resolution output, and it is also affordable.

Using Raspberry Pi as a Camera

This article has reviewed Raspberry Pi for machine learning, but what if your desired goal is not machine learning but image quality and recognition? Don’t freak out. Try the Raspberry Pi Zero or the Zero W since these Raspberry Pi’s can be used as a webcam for your personal computer. They can also directly connect to the PC via USB, which reduces latency.
If you are focused on getting high-quality Pictures, you will have to go the extra mile and get yourself a Raspberry Pi High-Quality Camera Module. This module can be used with both the Pi Zero and the Pi Zero W. However, if you plan to take 12-Mega Pixels (MP) pictures, you will have to use Raspberry Pi 3 or a higher version to achieve the desired results.

This article has reviewed the different Pi’s worth buying alongside the circumstances under which one can choose a particular Pi type. I hope this article comes in handy when you are worried about which Pi suits your needs.

How to install and use Log2Ram on a...

How to install Visual Studio Code on Raspberry...

How to connect to your Raspberry Pi using...

How to convert a Raspberry Pi into a...

How to set up Ubuntu Server on Raspberry...