Raspberry Pi is undoubtedly at the top of the list regarding single-board computers. Raspberry Pi is adaptable, dependable, and simple to operate with little power. Nevertheless, even though the Raspberry Pi provides a variety of capabilities in a single package, there are a few inexpensive Raspberry Pi alternatives with distinctive and special capabilities that some people might find more appealing.

This post will take you through the top 10 cheap Raspberry Pi alternatives. Let’s get started.

The following are the 10 Cheap Raspberry Pi Alternatives that this post will look at.

Among the cheap Raspberry Pi alternatives are the Odroid XU4, whose board is built around a Samsung Exynos5422 SoC. The Odroid XU4 is compatible with all Linux-based operating systems, including Ubuntu and the Android OS. 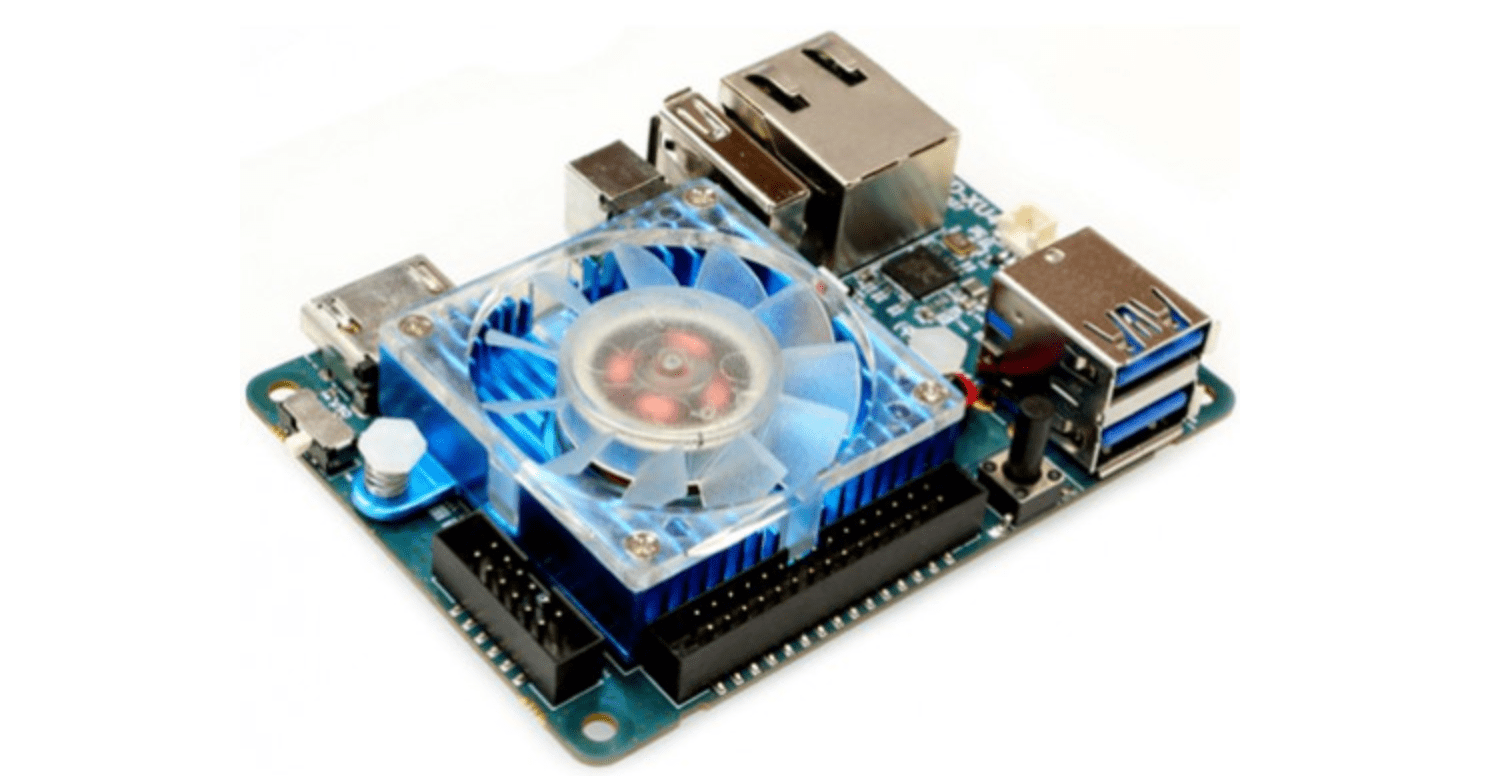 These specific single-board computers feature a microSD card slot for any kind of SD card needs, a flash module with a capacity of 16, 32, or 64 GB for backing up data plus storage to avoid data loss, and 2 GB of onboard RAM.

Due to its high speed, which is made possible by rapid data transfer rates through the eMMC, USB 3.0 port for better network connectivity, and Gigabit Ethernet interfaces, is particularly beneficial for gamers.

With a debugging board, source code, and schematics to make the device easy to understand, this single-board computer is suitable for both novice and advanced developers to create software, games, or other content they may want to carry out.

NanoPi NEO4 is also another cheap alternative for Raspberry Pi. Due to its low cost and compact size, this single-board computer is simple to integrate into hardware projects. The NanoPi NEO4 is also compatible with various operating systems, including Armbian, Ubuntu, Android, Lubuntu, FriendlyCore, and Friendly Desktop.

Additionally, the NanoPi NEO4 has an eMMC socket for easy booting and a board that supports microSD cards up to 128 GB in size, making it simple to store data and perform backups with zero chance of data loss.

The NanoPi NEO4 is a compact device that is incredibly powerful for tasks like machine learning, artificial intelligence (AI), robots, industrial cameras, games, and blockchain, among others.

ASUS Tinker Board S is also among the cheap Raspberry Pi alternative.

Its Rockchip RK3288 quad-core ARM-based processor offers faster performance than other similar boards. The board is powerful and quick thanks to adding 2GB RAM, 16GB eMMC storage, and a 1 Gigabit Ethernet. It also supports CSI MIPI connections, which connect to compatible cameras and enable computer vision and other functions as needed.

A 40-pin GPIO color-coded header block on the ASUS Tinker Board S makes it a viable alternative to the Raspberry Pi.
It has 4 USB ports for transferring files and charging other devices, an HDMI port, and Bluetooth for audio and video output. 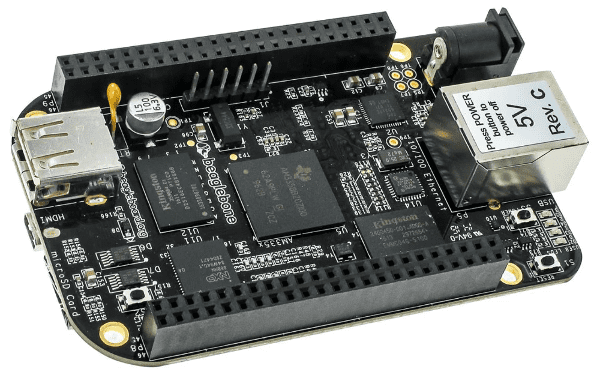 PocketBeagle is a cheap raspberry Pi alternative. It is also compatible with Debian-based distribution systems.

This compact USB detachable computer called the PocketBeagle was created using the Octavo Systems OSD3358 SoC. Its sleek design makes it portable and secure to move around. It is also simple to use, making it perfect for both beginners and experts.

Depending on your level of expertise, you can use this Raspberry Pi substitute to build robots, drones, a DIY Alexa, built-in speakers, arcade machines, automatic irrigation systems, and much more. It is straightforward for anyone to use because all you need to do to get started is download it and move it to a microSD card.

The Orange Pi Zero is a less expensive version of the Raspberry Pi. Still, it is more powerful, comes with a full-sized Ethernet port (limited to 100 MB/s), and has a WiFi module with an external antenna connector. It also has a slot for a microSD card for data storage, ensuring no data is lost, as well as 26 expansion pins, 13 functions, and interface pins.

Onion Omega2+ is another alternative if you are looking for a cheap Raspberry Pi alternative. It is suitable for making web applications or new programming languages.

It is an IoT (Internet of Things) single-board computer that supports Linux operating systems and is based on an MT7688 SoC with a 580MHz MIPS CPU. Users of all skill levels, novices or experts, can quickly build hardware applications using Onion Omega2+.

Another cheap Raspberry Pi alternative for those looking to learn and develop projects using developer technology is the Banana Pi M3.

For the user’s convenience at any time, this Raspberry Pi substitute has a built-in microphone, an IR receiver, a power button, and reset buttons.

Android, Lubuntu, Ubuntu, Debian, and Raspbian are just a few operating systems on which the Banana Pi M3 can run. Anyone who wants to experiment and create with developer technology will find it a good catch. It also has a 40-pin GPIO header. 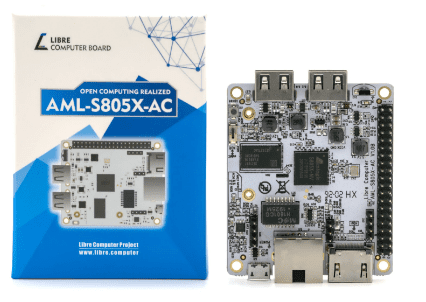 The Libre Computer Board is also compatible with many of the same operating systems and software as the Raspberry Pi, such as Linux and Android, and software development tools like Python and Scratch.

Rock Pi 4 Plus is another Raspberry alternative you need. There are three available; A, B, and C, with C being the best of them all. The M.2 connector on the Rock Pi 4 supports M.2 NVMe SSDs, giving you one more way to expand storage if you choose.

This Raspberry Pi alternative features a microSD card, an external NVMe SSD, and an optional eMMC module for maximum storage. It also features wireless connectivity with 2.4/5GHz WiFi and Bluetooth 5.0.

It includes two external displays and micro HDMI and mini DisplayPort ports. In addition, a 40-pin GPIO interface, 802.11AC WiFi, quick USB ports, and a full-size HDMI 2.0 port that can output 4K video at 60 frames per second are additional connectivity options for this device.

Another alternative to the Raspberry Pi for those interested in artificial intelligence is the NVIDIA Jetson Nano Developer Kit. The Jetson Nano is powered by a quad-core ARM Cortex-A57 CPU and comes with 4 GB of LPDDR4 memory and a 128-core NVIDIA Maxwell GPU. It also has several other features, such as Gigabit Ethernet, USB 3.0, and HDMI, that make it well-suited for running machine learning and AI workloads. It is affordable and a good choice for those looking for a powerful, small computer running machine learning and AI workloads.

With this single-board computer, you can test neural networks for object recognition or speech recognition without unnecessarily raising your electricity bill.

How to install Guake Terminal on Raspberry Pi...