Is the Raspberry Pi a micro-controller or a motherboard?

A micro-controller is a cheaper and small microcomputer designed to perform particular embedded systems tasks such as receiving remote signals and displaying microwave information. A microcontroller consists of a processor, serial ports, memory (RAM, EPROM, and ROM), and peripherals.

On the other hand, a microcomputer is a small-sized, low-cost with limited capability computer. A microcomputer consists of a single printed circuit board with a microprocessor, minimal I/O (Input/Output), memory (RAM, ROM, and EPROM) that are circuitry mounted.

Why a Raspberry Pi is a Microcontroller?

With all these in mind, it will be much easier to categorize a Raspberry Pi. Our previous articles mentioned that a Raspberry Pi is a small series of single-board computers developed by the Pi foundation located in the UK. In some instances, it is denoted as a small-sized computer. It contains RAM and connectors or peripherals. 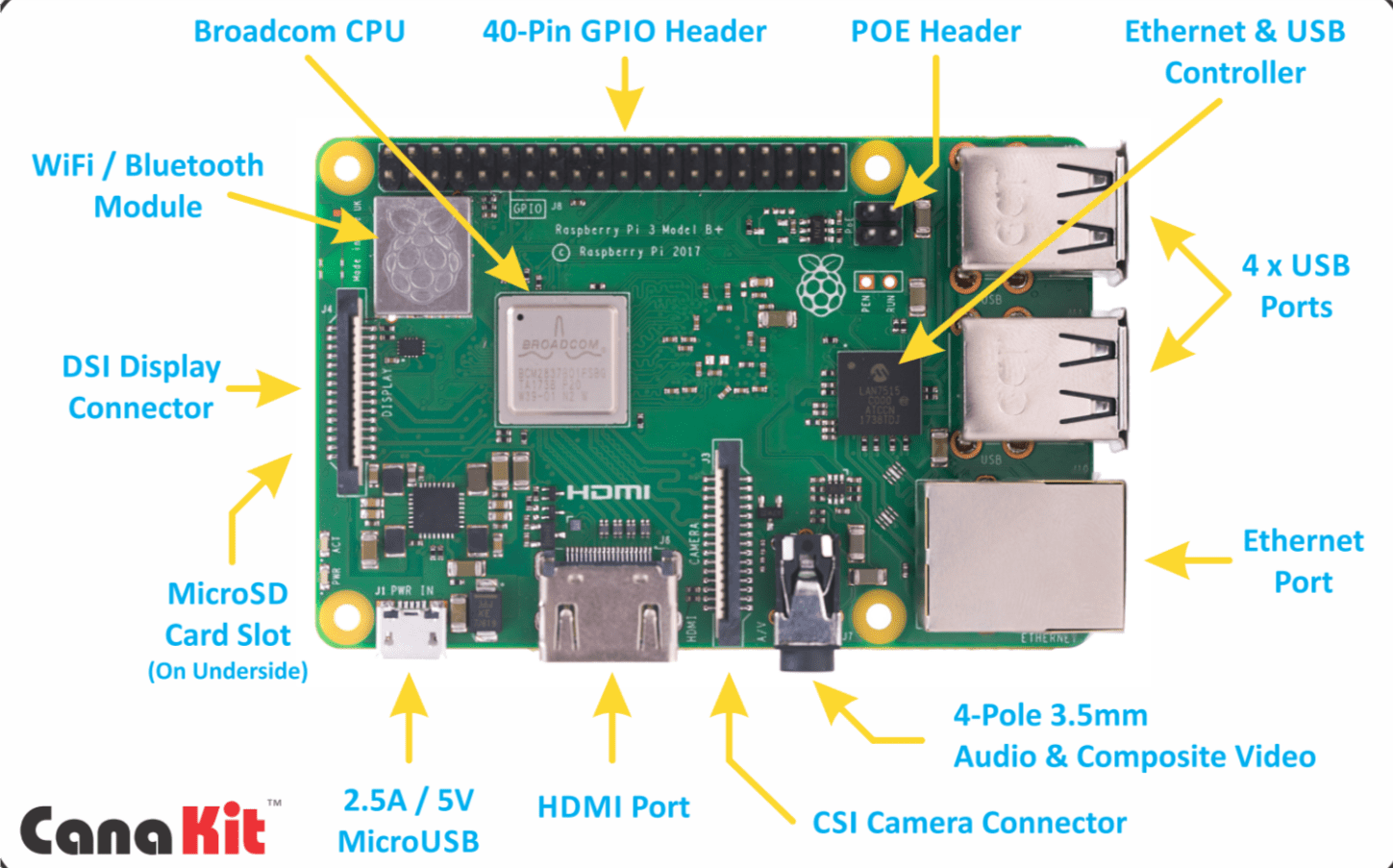 A computer contains a processor, RAM, ROM, Connectors, and Graphics mounted onto a single printed circuit board. A Raspberry Pi is known to be an SBC (Single Board Computers). This shows why the Pi is categorized as a Microcontroller and not a Motherboard.

A Raspberry Pi allows the user to connect several peripherals such as the monitor via the HDMI or AV port, a keyboard, and a mouse, connect to the internet via WI-FI or Ethernet. Also, a user can add a camera via the dedicated camera interface. This is similar to what we do with our computers and laptops. Hence, this justifies why a Raspberry Pi is a Microcontroller and not a motherboard.

Since a Microcontroller is a smaller version of a Microcomputer, users can perform tasks using the microcontroller. For instance, in this case, a Raspberry Pi is a Linux-based computer that allows users to develop software with the aid of several programming languages such as Python, Java, C++, C, and HTML.

One major thing that made the Pi popular among DIY builders is developing applications such as Weather stations, camera security systems, and robotics. This was a pivotal interest to enthusiasts and hobbyists whose intentions were to use the Pi for fun. This also adds to the original intentions of the Pi, which was to promote learning programming languages like Scratch programming languages and python.

A common characteristic of a microcontroller is that it is small and consumes significantly less power besides being very cheap. Unlike physical computers, a microcontroller can run code directly in its chip, making a traditional operating system optional. This feature interest most users whose aim is to code and learn to program.

Like a million other microcontrollers, the Raspberry Pi Pico contains dozens of I/O pins on the device. The pins are vital as they act as mediators with other components. For example, with the aid of the input and output pins, a microcontroller can interact with Led lights and get data from various sensors and display the information on a monitor.

A good thing about the Raspberry Pi Pico that attracts most programmers is MicroPython, a development python development language for microcontrollers. If you are new and wish to try out the language, never worry since the Raspberry Pi foundation has tons of documentation that will guide you to learn quickly. The Pi Pico is smaller and cheaper than a standard computer, and they use less power.

A microcontroller is not equipped with an operating system for daily use and things like full-sized USB, Bluetooth, and wireless internet. Instead, they can be termed as paired back devices. Microcontrollers use a combination of processors, small bytes of memory, and some onboard peripherals to carry out specific tasks given to a more extensive system. They carry out specifically designed functions as compared to general-purpose computers that perform a wide range of functions.

The Raspberry Pi Pico uses the RP2040 microcontroller chip designed by the Raspberry Pi foundation. The chip is the part of the board that does all the heavy tasks, and it also contains the processor and 264Kb memory. This might seem like a minimal memory but compare to most microcontrollers. It is a vast amount of memory.

The memory is vital as it aids the Pi Pico executes all the programs sent to it. All. The instructions given to the Pico inform of code is processed in the chip with the output results being communicated to the pins, which are the electrical contacts. The pins in a microcontroller are referred to as GPIO (General Purpose Input and Output). The pins help control things such as the Led lights, sensors, buzzers, and displays.

The question about the Pi being a micro-controller or motherboard lacks a specific answer. Other users refuse that it is neither a microcontroller nor a motherboard but a Single Board Computer. The proof behind this claim is that the Pi contains a comprehensive single circuit board with a microprocessor, I/O, memory, connectors, and peripherals, which sum up being a functional computer.

Hence categorizing the Pi becomes more complicated. This is because SBC (Single Board Computer) has all the functionality of a motherboard and microcontroller, only that it is designed onto one plugin type card. A Pi can be categorized depending on the users’ task at hand.

Why a Raspberry Pi is a Motherboard?

Most people can relate a Pi to a motherboard once the inside of their laptops or computers is opened. Hence the name given to the Raspberry Pi will depend on how it has been acquired. It can either be a Single Board Computer or a motherboard. What makes the Pi unique or distinct from a motherboard is the connectors and components present. The components include the input, output peripherals, memory, and other connectors.

From our previous definition, a motherboard is a single printed circuit board that allows communication between the components such as RAM and CPU. In addition, it allocates power to the other hardware components. Hence saying a Raspberry Pi is a motherboard has some weight since it suits all the mentioned descriptions.

Depending on how the user uses the Raspberry Pi, it can either be a Microcontroller or a Motherboard. As seen in the article, both descriptions of the Microcontroller and Motherboard suit the Raspberry Pi. All that matters, in this case, is whatever the user is planning to do and how he or she describes the Pi at a particular moment. For instance, some users consider the Pi a motherboard, with their description being a motherboard containing integrated CPU, GPU, and RAM. Therefore, it all boils down to the users’ understanding and the completed project.

All these concerns boil down to the users’ needs and projects at hand. For instance, a user with a Raspberry Pi Pico will refer the Pi to as a Microcontroller since it contains a microcontroller chip. However, a user who buys a PI without any other components and peripherals has the right to categorize it as a motherboard. This is because, at the time of description, the item suits a motherboard’s characteristics.

Therefore, there is no universal understanding of whether to categorize the Pi as a microcontroller or a motherboard. If you look at different thoughts from different authors, they also differ in opinion as to where to unanimously categorize a Pi.

How to make Python programs executable

How to use GitHub on Raspberry Pi

What is Raspberry Pi and What is it...