Raspberry Pi is a sequence of small single-board computers developed in the UK by the official Raspberry Pi Foundation association with Broadcom. The computer initially leaned towards the promotion of basic teaching of computer science in schools and developing nations. Interestingly, the original model became more famous than anticipated, selling outside its target market to diverse uses such as robotics. The PC is used in many different areas like weather monitoring, webserver, Wi-Fi extender, game emulator, and many more because of its low cost, open design, and modularity.

The first generation of the Pi model is Raspberry Pi model B, released in February 2012, followed by a more straightforward and cheaper version, Model A. Not long then, the foundation released Raspberry Pi Model B+, a board with an improved design in 2014. All of these first-generation boards ship with ARM11 processors that are approximately credit-card-sized. A year later, an improved version A+ and B+ models were released into the market.

Raspberry 3 Model B was released in February 2016. The model came with a 1.2GHZ 64-bit quad-core ARM Cortex-A53 processor, with Wi-Fi, Bluetooth, and USB boot capabilities incorporated. In 2018, the Pi community released Raspberry Pi 3 Model B+ with a faster 1.4GHz processor, a three-times faster gigabit ethernet, and dual-band 2.4/5GHz. Some of the other included features are Power over Ethernet(PoE) with the PoE HAT, USB boot, and network boot (an SD Card was no longer needed in this version)

Raspberry Pi 4 Model B was released to the market in June 2019. The model came with a 1.5 GHz, 64-bit quad-core ARM Cortex-A72 CPU processor with an onboard 802.11ac Wireless Fidelity (Wi-Fi), Bluetooth 5, complete gigabit ethernet, two USB 2.0 ports, 2-8 GB of RAM, and dual-monitor support through a pair of micro HDMI type D that supports up to 4K resolution. In addition, the Pi4 model is powered via a USB-C port.

Raspberry pi 400 was officially released into the market in November 2020. The pi model features a custom board derived from the existing Raspberry Pi 4, specifically remodeled with a keyboard attached. The computer features a clock speed of 1.8GHz, which is slightly higher than the Raspberry Pi 4. IT also has 4GB LPDDR4 RAM.

As of now(2021), the latest release is Raspberry Pi Pico which was released in January 2021. Rather than performing the role of a general-purpose computer like the others in the array, it is intended for physical computing, similar in concept to an Arduino. Pico has a RAM of about 264KB and 2MB of flash memory. The computer is programmable in MicroPython, CircuitPython, and C. The Pi foundation has partnered with Vilros, Pimoroni, Adafruit, Arduino, and SparkFun to build accessories for the Raspberry Pi Pico version and various other boards using RP2040 Silicon Platform.

Difference between Raspberry Pi 3B+ and 4

After looking at that important section about the generation of release, we now turn our attention to the comparison between Raspberry Pi 4 and Raspberry Pi 3, and we will consider the latest version of Raspberry 3, which is Pi 3B+.

Are you asking yourself which version of the Pi you should choose between Pi 3 and 4? Actually, the first thing to note is that there’s presently only one Raspberry Pi 4 model. Still, the Raspberry Pi 3 Model is quite different because model 3 has a series of other models in its array/range. Here are some of the options:

As said earlier, for this article, we will focus on Pi 4 versus Raspberry Pi 3B+, which is the closest predecessor.

Raspberry Pi 4 comes out as a clear winner when it comes to wholesome specifications and hardware grunt. 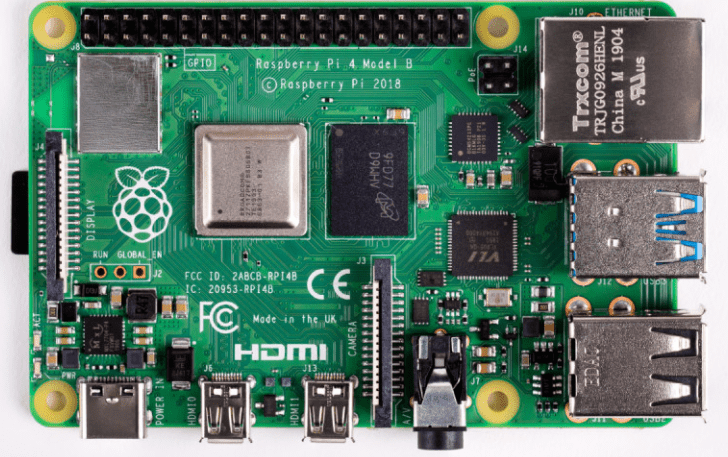 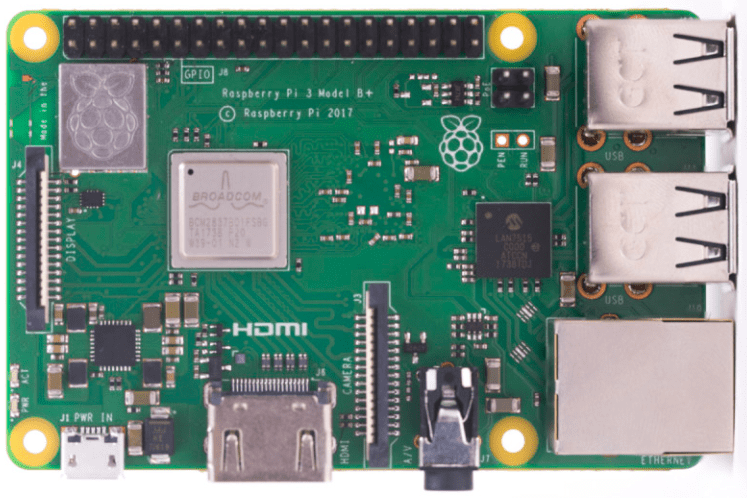 The two models offer a range of connectivity options, including wireless LAN, Bluetooth, Ethernet, USB, and a 40-pi GPIO header used to hook up electronic components and add Raspberry HATs (that is, hardware attached on the top section).

Roughly, Raspberry Pi 4 has a modernized implementation of most of the connections. While wireless LAN is up to date on both models(Pi 4 & Pi 3B+), Raspberry Pi 4 has Bluetooth 5.0 with an enhanced speed rate, range not to mention much quicker capacity.

We will also consider comparing the two Pi’s in terms of USB ports; and unrestrained Gigabit Ethernet, which is constrained by the USB connection on the older version of Raspberry Pi model 3. Both devices(Raspberry Pi 4 & 3) use a microSD card slot for loading the OS and data storage.

When it comes to displaying connectivity, Raspberry Pi 4 is quite literally twice as good. The Pi sports not one but two HDMI ports, enabling you to run two display monitors. Raspberry Pi 4 can run 4K video with  4096×2160 resolution at 60 frames-per-second, making it ideal for contemporary media playback.

The Raspberry Pi 4 introduced a new USB-C connector for power. Nonetheless, its power consumption rates are more than Raspberry Pi 3B+. Both devices back the separate power over ethernet(PoE) HAT that comes in handy if you desire to power the board directly from a power-enabled ethernet line.

Which Raspberry should I Purchase?

On our end, we think both Raspberry 4 and the previous version Raspberry Pi 3B+ model are great choices. You can study both electronics and programming pretty well on both devices. However, the faster processor and boosted RAM  levels provided on Raspberry 4 make it a much more versatile desktop PC/computer. It also backs more demanding software, such as scratch 3, which only runs on the newer Raspberry Pi 4

It still makes a much more versatile machine, too, with better internet support levels. And retro game simulation is much improved on the newer version of the Raspberry Pi.

However, suppose you want to play around with electronics and programming designs(coding) or build a low-cost media player. In that case, we recommend Raspberry Pi 3B+ as a good option, especially when you pick one at a reduced price.

When it comes to comparison between the hardware specs of these two series of the Raspberry Pi, you will find it hard to tell the difference not unless you try it out yourself.  With the boosted RAM levels provided by the current Raspberry Pi(4), you expect better and faster results, inclusive of a double 4K screen on your Raspberry Pi computer, which is what you actually get.

Generally, The Raspberry 4 is an impressive upgrade and contains hardware improvements that many were looking for in the Raspberry Pi 3B+. However, not everyone would be excited because the new accessories like power supply rate and HDMI cable/adapter are inevitable.

If the focus is on performance or higher network throughput, for instance, the media center or small server, then the Raspberry Pi 4 is clearly the best choice.

Additionally, the article has broken down the comparison into sections for easier comprehension.  We also took a look at the generation release of every model series and summarised it all by suggesting the model you should consider buying. With that being said, we hope this article answered all your queries on the difference between Raspberry Pi 3B+ and Pi 4. Thank you for reading!

How to use GitHub on Raspberry Pi

Is the Raspberry Pi a micro-controller or a...

What is Raspberry Pi and What is it...