How to run Flask apps under NGINX on the Raspberry Pi

This article will walk you through the phases needed to run flask applications using the NGINX web server. Generally, Flask is a microframework for Python that allows one to create web-based applications on your Raspberry Pi.

Raspberry Pi has its own web server. However, most developers recommend running Flask under a more established and stable web server such as NGINX or Apache. This is because of the robust traffic it deals with while executing functions.

Running Flask under NGINX on the Raspberry Pi

After powering on your Raspberry Pi machine, copy and paste the following command that will aid in updating and upgrading all the packages in your machine. 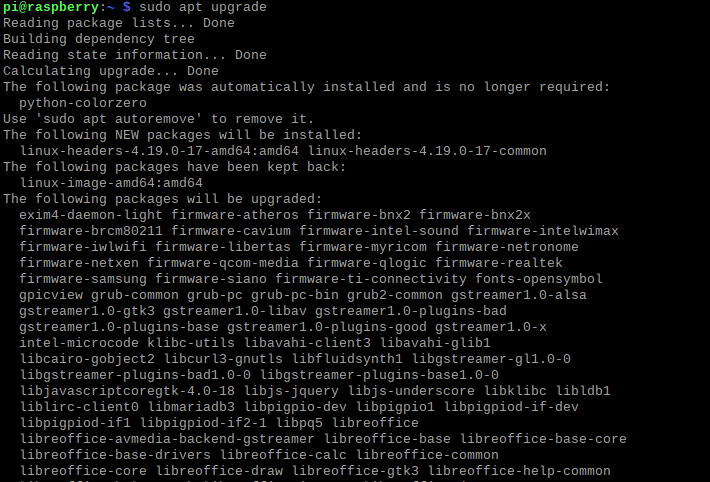 Once you have updated and upgraded the packages, you should now have an operational Pi ready to install the required software.

Next, install Nginx on Raspberry Pi with apt-get-

After installing Nginx, we will install pip, a package-management system written in Python whose main aim is to install and manage software packages. What it does is connecting your PC to an online Python Package Index, either Pip 2 for python 2 series and Pip 3 for Python 3 series. In our case, we will go with Python 3 series

Next, we will install uWSGI, a software application that hosts services. The first step is to install build-essentials and python-dev on our PC using the following command:

After that, go ahead and install uWSGI using pip3

Here, we will create a folder in the home directory (“/home/pi”) but first, ensure you are in the /home/pi directory using:

After that, create a sample app that we will use. In this instance, we will create a folder called “flasktesting”:

After the creation of the folder, we will alter the settings a bit to group the folder as a “www-data” using the following command:

setting it to group owner www-data

Once we have grouped the folder, we will navigate to the created directory as shown below:

After that, we will create a new file named “fossapp.py” in our “/home/pi/flasktesting directory

Upon creation of the file, copy and paste the following code into the “fossapp.py” file

In this section, we will check out our IP address before testing the app using the following command:

In our case, our Pi machine uses the IP address 192.168.101.136. You should, however, not use this address as they differ depending on your computer. If you run the ifconfig command on your terminal, you will see your PC’s address either on the eth0 for wired connections or wlan0 for wireless connections.

After that, type in your PC’s IP address on your browser as shown below:

This should display the default NGINX welcome page:

Here we will run a test to check if our uWSGI is working as expected using the following command:

This should allow you to visit the same IP address as before. However, in this section, we will use port 8000:

Once you run the IP address on your browser, you should see such a page:

Note: To return to the terminal, use the CTRL-C button.

In this step, we will provide additional settings to uWSGI by creating an initialization file:

After that, copy and paste the following code:

Note: the file contains references to the project directory (/home/pi/flasktesting) and the flask python file “fossapp.py.” In this part, the “flasktesting.sock” file does not exist at the moment. However, the file will automatically be created when needed by the uWSGI. Use the CTRL X, CTRL Y, and ENTER options to save and exit the nano editor.

To test our uWSGI file, type in the following command

After that, using a second SSH connection, check that the socket file has been successfully created using the following command:

Upon running the command, you should see “flasktesting.sock” enlisted among the files. Unfortunately, this file only appears while the uWSGI is running. This, therefore, means that you will have to open two terminal tabs (one to keep the uWSGI file running and the other to check the listed files).

At this point, the uWSGI is not using a standard port number, so only the Nginx page will be available in your browser.

Note: Make use of CTRL-C to stop uWSGI from running.

Step 11: Configure Nginx to use uWSGI

In this section, NGINX can now be configured to drive traffic to uWSGI. This is usually referred to as “reverse proxy.”

So, the first step is to delete the default site:

After that, create a new file named “flasktesting_proxy”:

run to open the nano editor

Then copy the following into the flasktesting_proxy file:

insert into the flasktesting_proxy file

Note: Use  CTRL-X, CTRL-Y, and ENTER options to aid in saving and exiting the nano editor.

To finalize, create a symlink from this file to the “sites-enabled” directory using:

Once you are through creating the link from the file, now restart the NGINX using the following command:

Note: If you visit your IP address upon restarting the NGINX, you should receive a “502 Bad Gateway” error. This should be the expected output because the uWSGI is currently not running, and NGINX is trying to pass it the browser request, hence the error.

Normally, uWSGI should auto-start every time Pi restarts. To achieve the auto restart, we will use the systemd service.

To achieve this, first, maneuver to the system directory:

navigating to the systemd directory

After that, create a unit file for uWSGI:

command to create a new unit

and insert the following:

For the daemon to pick up the new unit, we will restart it using the following command:

To finalize, let us run a status check on the service:

Once you run the status check command, you should be able to see such a screen:

On the screen, the most critical section is the line detecting “active(“running”). This shows that the service is up and running. To return to the command prompt from the service, press CTRL-C.

Use the following command to make the service auto-start on every reboot:

Once the command runs, you will receive such an output:

make it run after every reboot

At this point, you can restart the Raspberry Pi using:

First, give the machine some time to boot. After that, on your PC, visit the Pi’s IP address as we did before. You should now see the Flask app page automatically in the browser because of the auto-restart we configured. To this point, you should be delighted with yourself since you now got a flask app served by NGINX.

This step is optional. With the current setup changes to the “fossapp.py” file, the file won’t be displayed despite refreshing the browser. It can only be displayed when the uWSGI service is restarted.

You can get the uWSGI to auto-pick the changes made to the file by adding the “touch-reload” directive to the uwsgi.ini file.

Make use of the following command to edit the file:

command to edit the file

Thereafter, place the directive on a new line:

Use CTRL-X, CTRL-Y, and ENTER to save and exit the nano editor.

After that, reboot the Pi for the new setting to take effect:

After the Pi has booted, all the changes made will be visible in the browser when the page is refreshed.

We first looked at how you can update your Pi packages, install Nginx, pip, flask, and uWSGI. Thereafter we created our first Flask application, then tested the app using python. We also tested the uWSGI to see if it worked as expected, which it did. We further went to create a uWSGI initialization file and also tested it.

Configuring Nginx was our next step, which after configuring, we restarted it, ran uWSGI when Pi boots, and finally rebooted our system to complete the guide.

How to play ScummVM games on the Raspberry...

How to create a simple FTP Server with...

How to add a Power Button to your...

How to set up OpenMediaVault on Raspberry Pi